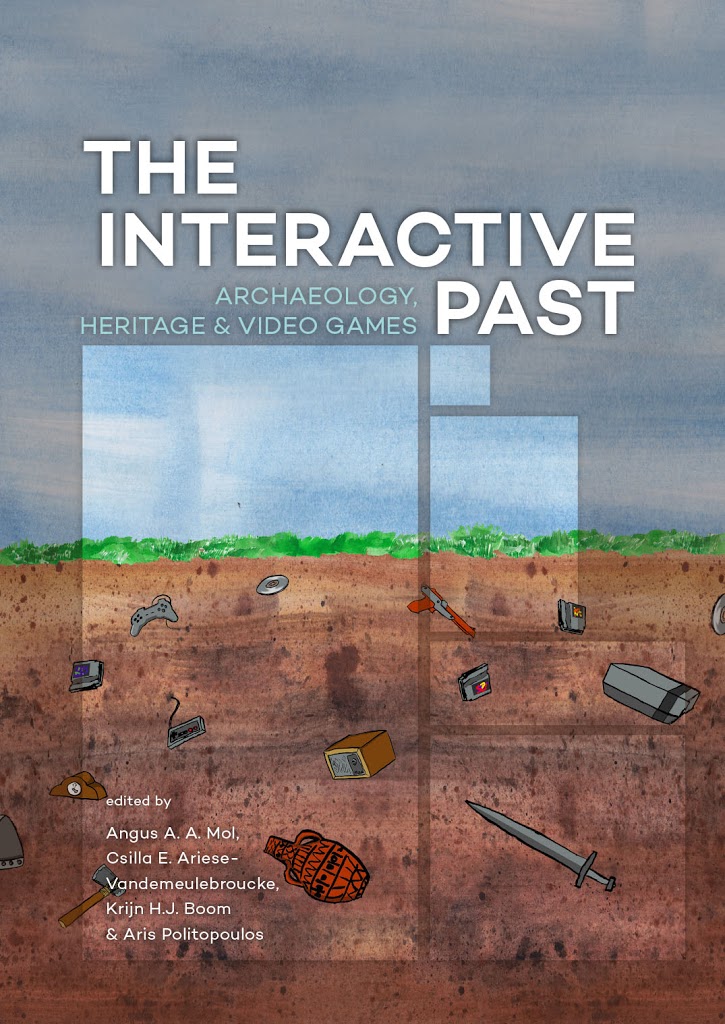 Within just two weeks from each other, two edited volumes came out to which I contributed a chapter. 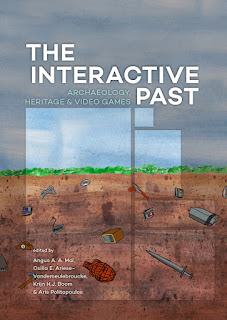 The first one is actually a co-authored one which I mentioned in an earlier blog post on the Let’s Play game preservation projects I have been involved in. The book is The Interactive Past: Archeology, Heritage, and Video Games, edited by  Angus A.A. Mol, Csilla E. Ariese-Vandemeulebroucke, Krijn H.J. Boom & Aris Politopoulos of the Leiden University Value group. It’s a great collection of diverse chapters on the relationship between digital games and the past. The book was made possible through a Kickstarter crowdfunding campaign, and one of the chapters was actually crowdsourced by Kickstarter backers.
Our contribution to the book – I co-wrote it with Jesse de Vos, Jasper van Vught and Hugo Zijlstra – is called “Playing the Archive: Let’s Play videos, game preservation, and the exhibition of play”. It presents the findings of a research project we did at the Netherlands Institute for Sound and Vision, where we investigated the potential uses of Let’s Play videos as part of game preservation and exhibition practices in order to not just preserve games but also capture gameplay.
Have a look at the chapter and the book: you can buy it but also download an open access version here. The other chapter is part of a Dutch-language book titled Onderwijs in Tijden van Digitalisering (Education in Times of Digitization), edited by Ad Verbugge and Jelle van Baardewijk of the Centrum Èthos at Vrije Universiteit Amsterdam. It’s a collection os articles and essays on the use and misuse of digitazation in education to counter overly optimistic, almost utopian visions we often see in the “digital revolution” in education.
My contribution to the book is titled “Van Spelenderwijs naar Wijs over Spel(l)en” which is somewhat difficult to translate but focused on game literacy, or lack thereof, when it comes to educational games used in classrooms and beyond. It’s a critical take on the type of games which call themselves “educational” but are very limited in scope and ambition, and points towards alternative ways of thinking about games as educational. It’s also a call to action for those who find themselves dealing more and more with games as part of educational curricula (as teachers) or as part of the children’s media consumption (as parents) but are not necessarily equipped enough to fully understand and engage with them. Game literacy, I argue, should become part of media literacy practices in and around educational settings, not just because learning and playing are related, but also because digital games and play have become an essential part of our media and culture.

This is the (rather inactive) website of René Glas, assistant professor in new media and digital culture at the Department of Media and Culture Studies, Faculty of Humanities, Utrecht University.